Xander and Elizabeth talk about you, your bike and the rules of the road.

How To Cycle More Safely

Staying safe when you’re on your bike should be a priority for all of us. Here are a few practical tips.

The Rights and Duties of Cyclists – Bicycle Safety

League of American Bicyclists certified traffic cycling instructors demonstrate the rights and duties of cyclists in the United States. The video shows cyclists acting as drivers of vehicles making normal vehicular maneuvers including lane control, lane sharing, left and right turns, through movements and a freeway ramp crossing. This video is intended to show cyclists and motorists how it looks when cyclists act and are treated as vehicle drivers in normal urban traffic in the City of Long Beach, California. We used mirrors to scan for traffic so the video would not be jumpy from frequent head turns. These traffic cycling skills are taught by the League of American Bicyclists, Smart Cycling program, as well as the Cycling Savvy program.

Tips for adults on bicycle safety.

As part of the Oxnard Police Department’s Operation Safer and Stronger campaign, a short video was produced to inform the public on bicycle safety. The 6-minute video was created specifically for children and their parents to learn the basics of operating a bicycle, new laws in California and how to conduct regular bike maintenance.

Bicyclists are legal drivers that have the same rights and rules as those operating vehicles. Watch this to learn more about ways to safely share the road.

This short, fun video provides key safety tips to help you be safe while following Nova Scotia laws for cycling. 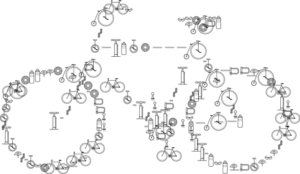